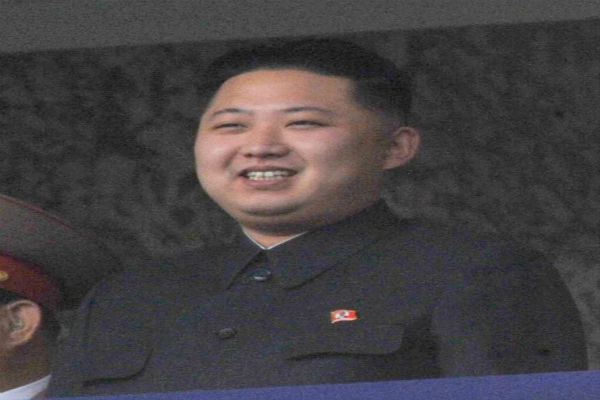 Kim Jong Il, North Korea’s self-styled “Dear Leader”, died on Saturday of a heart attack, aged 69. As power transfers to his third son, Kim Jong Un, NewsFeed takes a look at what little is known of the country’s mysterious “Great Successor”, who is thought to be 28.

1 – According to various sources, Kim Jong Un is an NBA fanatic and has had pictures taken with Toni Kukoc of the Chicago Bulls and Kobe Bryant of the Los Angeles Lakers.

2 – The Chosunilbo reports a number of revelations about KJU’s formative years and claims he briefly attended Switzerland’s German-speaking Liebefeld-Steinhölzli School.

3 – It goes on to claim that “Pak Un”, KJU’s assumed name at the Swiss school, was shy and awkward around girls but became fiercely competitive on the basketball court where he was described by peers as “explosive” and  a “playmaker”.

4 – The final revelation from the “Great Successor’s” school years was that despite his father’s anti-American stance – KJU had an extensive collection of Nike sneakers, according to former classmate Nikola Kovacevic, who estimated each pair to cost around $200.

5 – The U.S. and allies will be monitoring KJU’s inaugural days in power extremely closely and are said be concerned that the transition could prove dangerous if KJU seeks to assert his leadership credentials through provocative military actions, claims IndiaTVNews.

6 – The Daily Telegraph served up a number of facts on the young premier, including the revelation that his buzz-style haircut has made him an unlikely style-icon in North Korea, where young men are queuing at barber shops for what has been dubbed the “youth” or “ambition” haircut.

8 – Efforts to transform KJU into a North Korean demigod in the same style as his father, have led to his birthday on January 1 being made a national holiday.

9 – In preparation for KJU’s premiership, North Korean soldiers have reportedly been shown a documentary film in recent months which begins with words: ”Following in the footsteps of the General, offering guidance to the troops, comrade General Kim Jong Un delivers a great blow to the enemy with the resourcefulness of his keen insight.”

10 – KJU can look forward to some favourable coverage from North Korean media. Among the eyebrow-raising stories written about Kim Jung Il were claims he’d set the world record for the lowest round of golf (containing 11 hole-in-ones), reports he’d become a global fashion icon and an official biography on the North Korea state website that said he did not defecate.